Ranker - Vote On Everything

A few days ago I came across a website called Ranker.  The site bills itself as a place for people to 'vote on everything'.

What exactly is Ranker you ask? Good question, it is a leading digital media company for opinion-based, crowdsourced rankings on just about everything. They advertise that about 50 million people have generated over 300 million votes.

Okay..that all said here's the meat of the site.  They have dozens of lists (ranks) on topics like 'people', 'entertainment', 'sports', 'culture', 'channels' and 'videos'..

For example, a search for 'puppies' and a list of 'The Cutest Mixed Dog Breeds' appears.   Other lists included 'Cutest Black Lab Pictures' and 'Cutest Boy Puppy Names'.  Pictures appear in each list and a brief narrative is included as well.

The number of votes that the pictures received is listed as well.

Check out the site for some very entertaining and enlightening lists!


Users have the option of signing in to the site for free.
Posted by Reference Blog at 11:50 AM 17 comments:

Just what you wanted to wake up to on a Monday morning!  Government websites!  How cool is that?

Welcome back to the week - and to start out we have an interesting site titled, 'GovEngine.com'.

Basically the site is a directory of United States federal, state and local government websites. Also included are links to official executive, legislative and judicial branches of government.

The homepage has links to Federal Courts, State Government, State Courts, Local Government and other state and federal government resources.

The site is easy to navigate, simple to use and has a nice interface.

Do you need to enhance your academic and workforce skills?  Are you looking for a better job or looking to get a better education?

Then LIEOC might be for you.  LIEOC is an acronym for 'Long Island Eucational Opportunity Center'.  The LIEOC offers free academic and workforce development .  They provide these services to elegible members of the community.

Specifically, LIEOC is sponsored by the the State University of New York and Farmingdale State College.  It helps eligible members of the community enhance the academic and workforce development skills they need to become self-sufficient, empowered and committed to excellent. LIEOC provides a range of programs and services adapted to the needs of adult learners and the demands of the private and public sectors.

Hope the site is useful and helpful.

Posted by Reference Blog at 7:28 AM 4 comments:

IRS Assistance For Your Taxes

A new year has started -heck, we're one month into it already!  Which means...no, not that the SuperBowl is almost upon us.  No, it doesn't mean that March Madness (college basketball tournament) is upon us either...

It means that taxes are due in a few months - April 15th to be exact.  And that is just about 77 days away - that's 11 weeks.  So it is about time to get started on those tax returns.  But we have help for you today in the form of a few IRS links!

Click on this link to access the IRS Publication 17 from their website. Specifically Publication 17 covers the general rules for filing a federal income tax return. It explains the tax law to make sure someone pays only the tax they owe and no more.

Another helpful link the IRS has generated is the ITA - which stands for Interactive Tax Assistant.  Click here to use the ITA.

So just exactly what is the ITA?  Basically it provides answers to several tax law questions. The ITA includes question-and-answer session for a variety of topics. Users simply respond to basic questions to find the answers they need. Topics include:
Finally, the IRS has created a link for taxpayers to find out where their refund is.  Click on this link to find out where your refund is!

So there you have it - three very, very useful IRS link to assist you with your taxes.

Hope this helps with your 2017 tax return!

Regards,
Stu
Posted by Reference Blog at 10:31 AM 9 comments:

Local Farmingdale News - At Your Fingertips 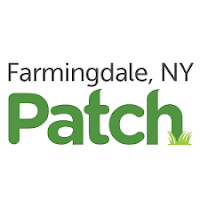 Which, of course, means there is plenty of history and news relating to Farmingdale.

For a timely, unbiased, current, interesting and well written site that covers the ins-and-outs of Farmingdale...check out the Farmingdale Patch.  Click on this link to learn a bit more about Patch.com - basically its the Patch FAQ.

The Farmingdale Patch has a wide variety of sections relating to Farmingdale: including a section on Arts and Entertainment,  Business, Community Corner, Health and Fitness, Home/Garden, Jobs, Kids/Family, Politics/Government, Schools, Sports and Weather.

Enjoy the site and the news!

Subjects I've Talked About in the Blog